The Costs and Benefits of Animal Experiments 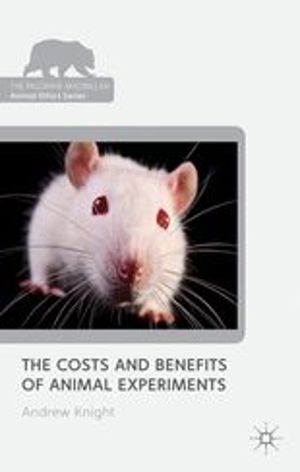 This book examines in detail the contributions of animal research to human healthcare, and the extent to which laboratory animals suffer. It cites more than 500 scientific publications, and relies on systematic reviews of the human clinical or toxicological utility of animal models as its primary form of evidence. At the core of most regulations governing laboratory animal use is the requirement that ethics committees coduct a cost/benefit analysis to ensure that the expected benefots of such research exceed its likely costs. Humans are the major beneficiaries, and animals incur the major costs. This book summarises trends in laboratory animal use and in major world regions, and reviews the types of procedures animals are subjected to, and their invasiveness. Methodological flaws commonly limiting utility are described. Each of the three Rs is reviewed in detail, as is the use of animals in biomedical education. The book concludes with an overview of key regulations governing animal experimentation within Europe and North America, and proposes a set of policy reforms designed to facilitate increased implementation of the three Rs. Table of Contents: List of Tables; List of Figures; List of Abbreviations; Acknowledgements; Series Preface; Introduction; PART I: ANIMAL COSTS: Global Laboratory Animal Use; Types of Laboratory Animal Use; Impacts on Laboratory Animals; PART II: HUMAN BENEFITS: Human Clinical Utility of Animal Models; Human Toxicological; Utility of Animal Models; Factors Limiting the Human Utility of Animal Models; PART III: ALTERNATIVE STRATEGIES: Non-Animal Research and Testing Methodologies; Reduction and Refinement of Laboratory Animal Use; PART IV: EDUCATIONAL ANIMAL USE AND STUDENT IMPACTS: Educational Animal Use; Effects of Harmful Animal Use on Students; PART V: CONCLUSIONS AND POLICY RECOMMENDATIONS: The Costs and Benefits of Animal Experimentation
Regulatory Developments and Policy Recommendations; Glossary; References; Index.

Comments & References: 272 pages. Available as a Paperback, e-Book or as a Hardback version. Part in the Palgrave Macmillan Series on Animal Ethics. May be ordered at www.palgrave.com.